Kevin Durant has resigned with Nike.  Even though it was reported several times that he was going to Under Armour he didn't.  I mean, who would?  Nike dominates the basketball world.  They have the best shoes, gear, and uniforms.  Durant is going to be making between $265 and $300 million over the next 10 years (via ESPN).  He is going to be making a bunch of money from Nike throughout the rest of his career.  The question is: in what uniform?  Durant will be a free agent in 2016 and it is rumored he might go back to his hometown, Washington D.C..  The Wizards would certainly be a nice fit for Durant.  They have two of the best young guards in the league with John Wall and Bradley Beal.  Only time well tell whether Durant will follow LeBron's trend and head home, or if he will stay with Oklahoma after 2016.  But for now, Durant will be going for the championship this upcoming season in some new Nikes. 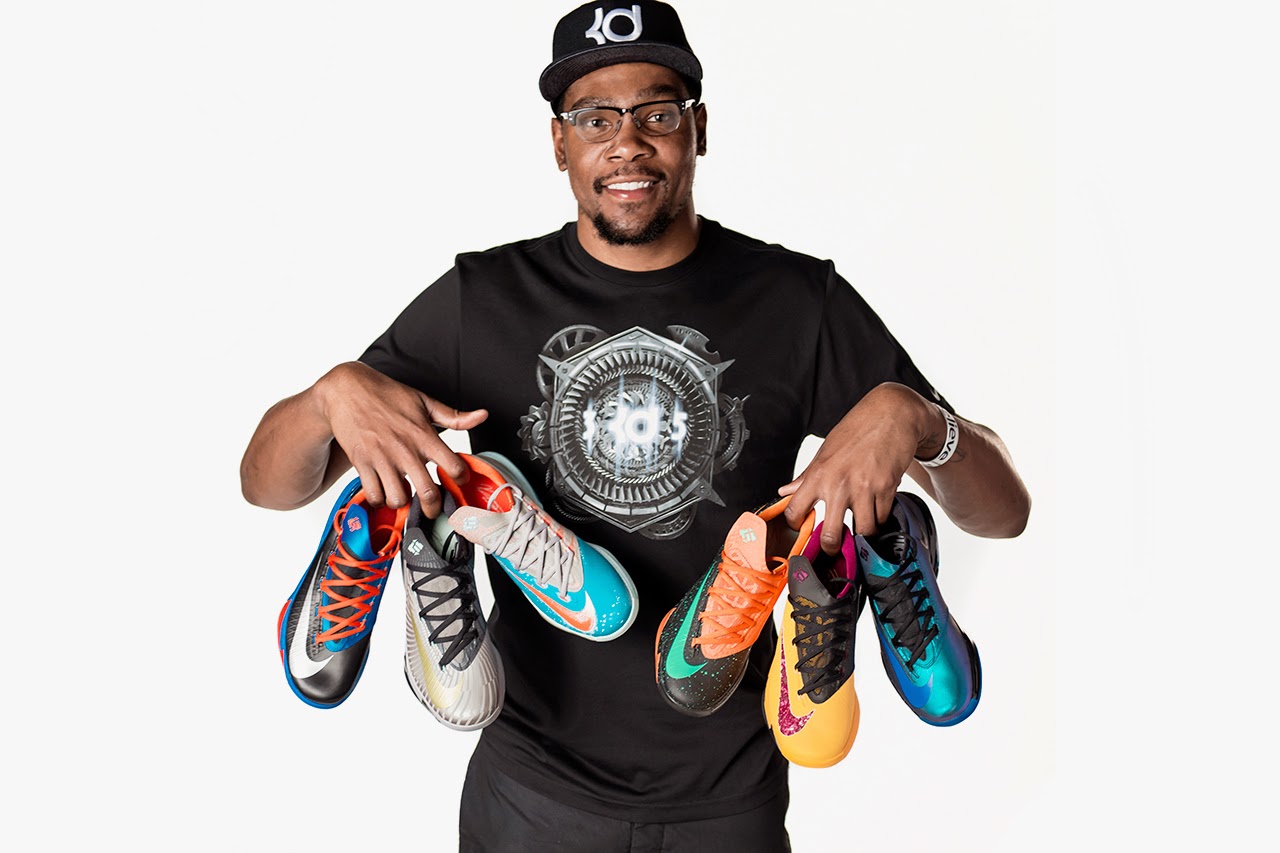