Antonio Blakeney Has Committed to Louisville

Five star recruit Antonio Blakeney has committed to Louisville.  Blakeney is ranked 16th in the ESPN 100 and is the 3rd ranked shooting guard in the class of 2015.  He can score the basketball in a multitude of ways.  He can knock down any shot with his consistent jumper, or can finish in the lane with his impressive athleticism.  Blakeney averaged 19.5 PPG in the Nike EYBL circuit over the spring and summer for Each 1 Teach 1.  He is the finishing touch on an already great recruiting class for Rick Pitino and the Louisville Cardinals.  They already have Donovan Mitchell (72nd in the ESPN 100), Deng Adel (81st in the ESPN 100), and Raymond Spalding (not in the ESPN 100, but ranked as 24th best PF).  Blakeney and Mitchell are going to be one of the most explosive and athletic back courts in college basketball.  Both have crazy athleticism and a great offensive game.  This is one of Pitino's best recruiting classes ever.  Louisville once again has a top ranked recruiting class. 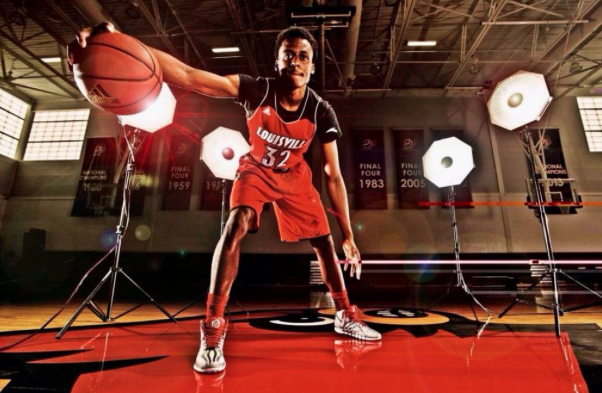